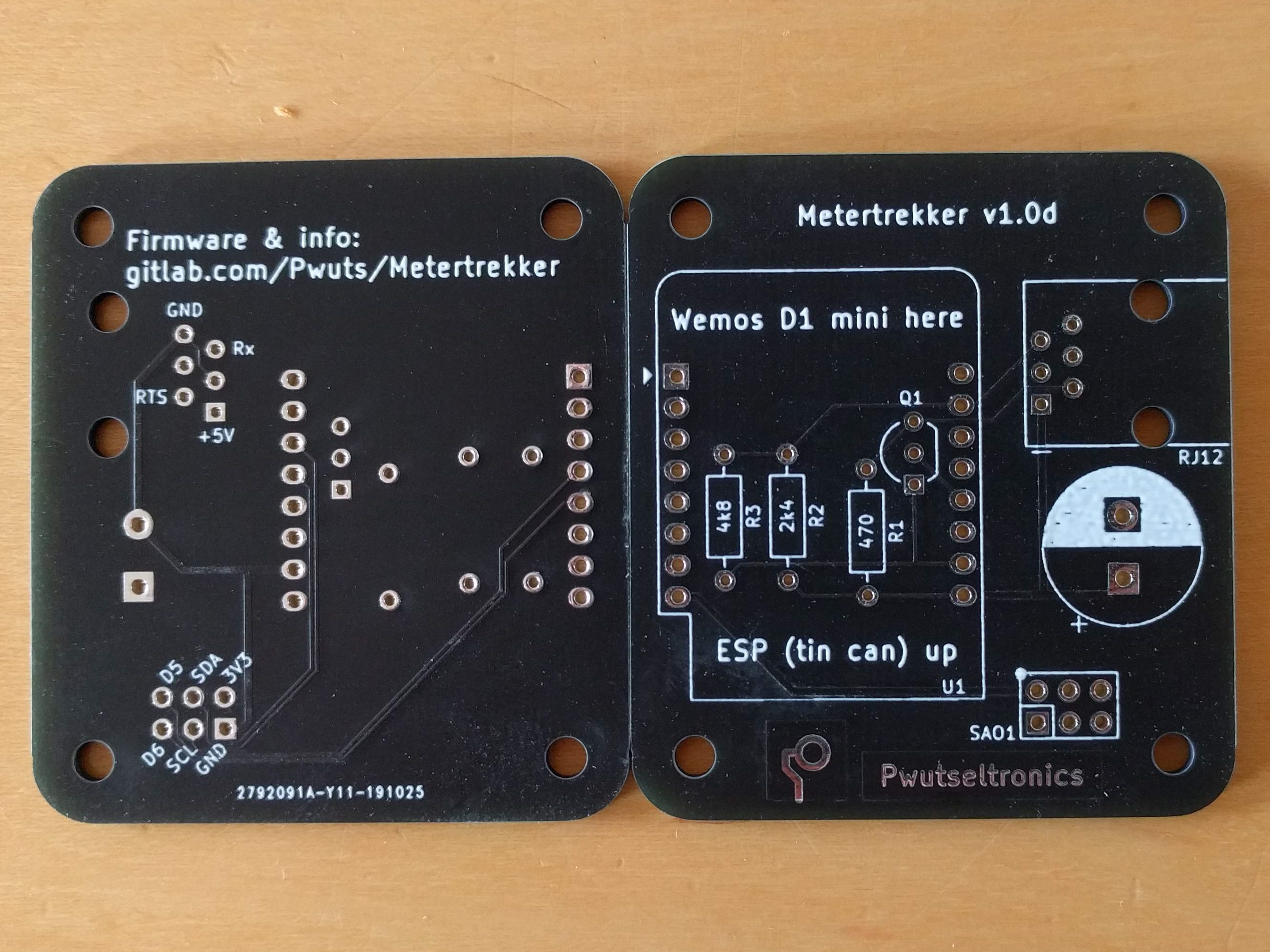 A device to read out your DSMR compliant meter via the P1 port. Doesn't need external power supply when used with DSMR v5.x meters.

The Metertrekker can be used to read out your DSMR compliant energy meter via the P1 port. It can be used with Wemos D1 mini (compatible) MCUs (not included).

It’s currently in the alpha testing stage. A prototype has been operational for some time, first on a breadboard, now on a v1.0d PCB (pictured).

Using the firmware I wrote, you can easily push the extracted data to MQTT, including in Influx format. Then using e.g. Telegraf this can easily be forwarded to InfluxDB and stored. Together with Grafana this gives a complete data retrieval, storage and display system. :)

Upon ordering (which is not yet possible) thou shalt receive a kit consisting of the following:

On request, I’ll also include a 2x3 RM2.54 pin socket for the Shitty Add-on Connector. I don’t include them by default as most people probably won’t use it.